I keep the Xcode project for every app that I start, even if I abandon an idea, because my old projects are often good sources of useful code snippets. Here are a couple projects I started a long time ago that will never see the light of day: 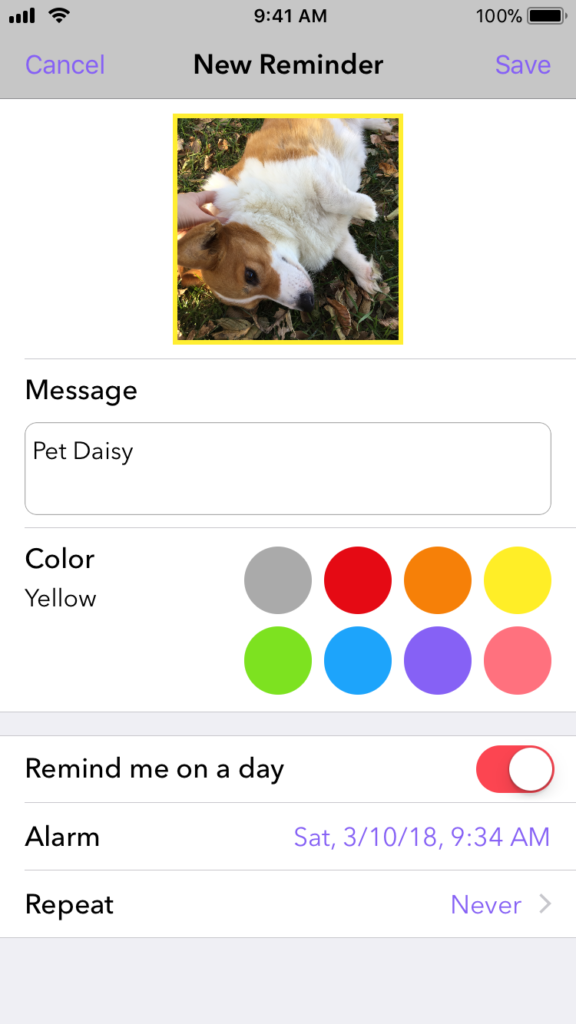 Bear in Mind was the first personal (non-tutorial) project I ever started working on. It was going to be a visual reminder app. Instead of a table view with a list of phrases, its main screen was a collection view of circular photos. My primary reasoning behind it was that a photo might trigger a more vivid, emotional response in my brain, making me more likely to remember whatever it was I wanted to remember. Photos could be categorized by setting a colored border around them. In the future I wanted to add a voice reminder option, so that if you tapped on a photo, you’d hear yourself talking. For example, I could put a photo of my mom and a voice message that said “remember Mom’s birthday!” or something.

I could barely get the app to compile due to a million Swift conversion errors, however after commenting out a bunch of error-filled code, I was able to get it to run long enough to grab a screenshot. 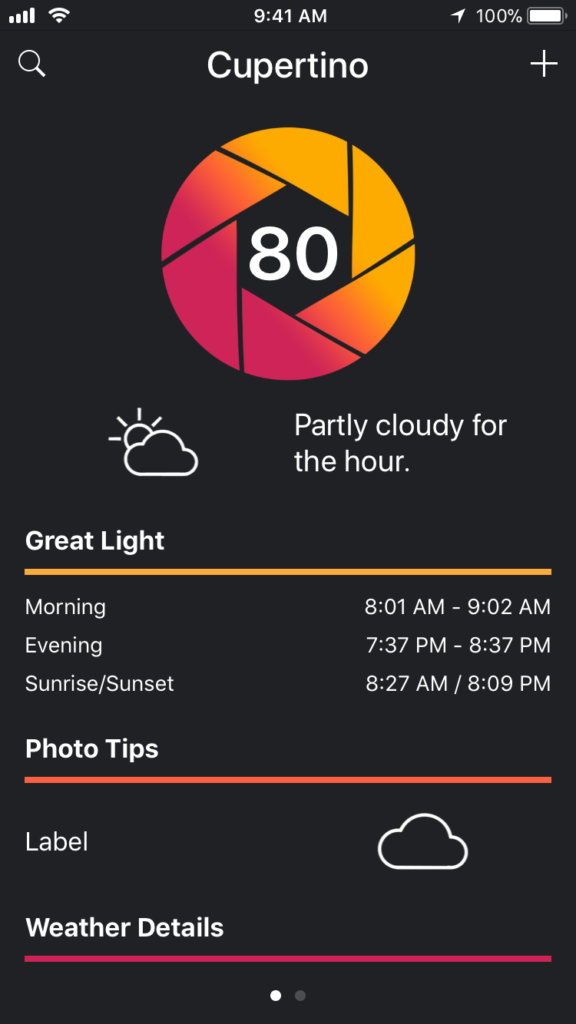 Cloudburst was going to be a weather app for photographers. It would include the day’s conditions, when you could catch the best light, as well as daily tips and tricks. I abandoned Cloudburst after considering 1) the cost of maintaining a weather app and 2) the proliferation of similar apps on the App Store that were already pretty polished.

Both apps were great learning experiences. Bear in Mind was my first introduction to Core Data and scheduling notifications. Cloudburst was my first experience working with web APIs, UIPageViewController, and stack views. I also learned how to animate the opacity of views. Perhaps my most useful abandoned project was LiveRotate, my app for rotating Live Photos that I removed from sale prior to the release of iOS 10. I was able to use huge swaths of code from that app in Snapthread, saving me from reinventing the wheel.

You’ll notice I didn’t include my game, Corgi Corral, in this list. That’s because I refuse to acknowledge it as abandoned. I’m determined to get it on the App Store someday. I just need to completely re-do its core mechanics and make its icon and menu screen not look terrible, that’s all. Piece of cake! :)

One thought on “Saving Abandoned Projects”