When people ask me what I do, I tell them I’m a stay-at-home mom. I say it quickly, hoping the conversation will be whisked along to something else before my husband can interject—as he typically does—with “and she also makes apps.” At that point I blush and explain that I don’t really know what I’m doing and no, I can’t really show them anything I’ve made.

I don’t know why I do that, because most people don’t care whether I know what I’m doing or not. They just want to pitch me their app ideas! Unfortunately most of them either exist already, are too expensive to implement, or are just literally impossible. However, a friend posted this simple little request on my Facebook wall a few weeks ago:

In 1922, Nebraska adopted a license plate numbering system that assigned a specific one- or two-digit prefix to each county. Therefore, you can usually tell what county someone is from by their license plate number. The reason I say “usually” is because three counties eventually switched to non-specific alphanumeric codes because their population outgrew the 6-digit system.

Nebraska is a big state and there isn’t a whole lot to look at if you’re traveling between towns aside from crop fields, pasturelands, and sand hills. With 93 counties, it would certainly be a challenge to spot them all!

So, that’s what I’ve been working on lately: a little license plate game.

Some features I want to implement:

The audience for this app is obviously small. It’s a fun project though, and it continues to help me sharpen my development skills. Before Charlie came along, I think I could knock this out in two weeks. With my little buddy around, it’s going to take months. And that’s okay. ?

Here’s what I have so far: I traced a map of Nebraska in Affinity Designer, exported it as an SVG, and imported it to PaintCode. 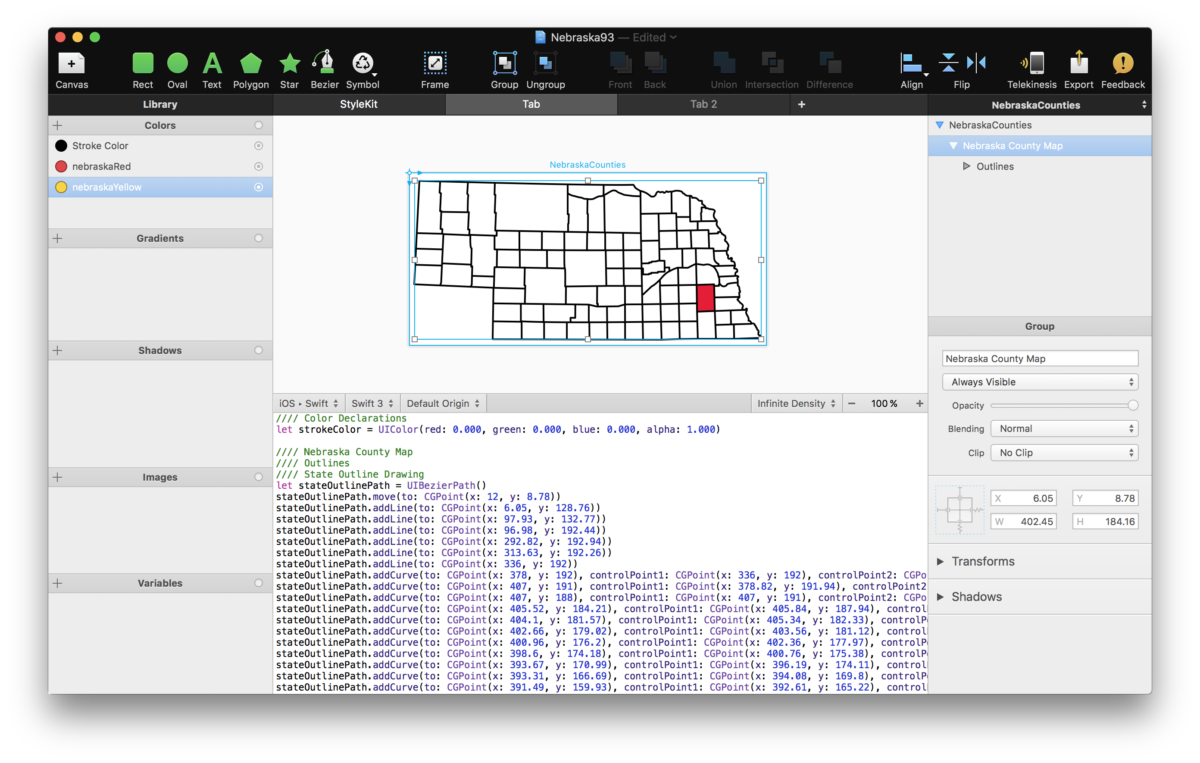 From what I understand, the only way I can toggle the visibility of each red county shape is by giving it its own unique boolean variable. So that’s 93 booleans, otherwise known as “one heck of a switch statement.” ?

I also have a list of counties in a UITableView and a detail view that shows the location of the county seat, the year the county was established, and its population. Below that will be a fun fact and maybe someday some pictures of county landmarks, if I can find a good source. 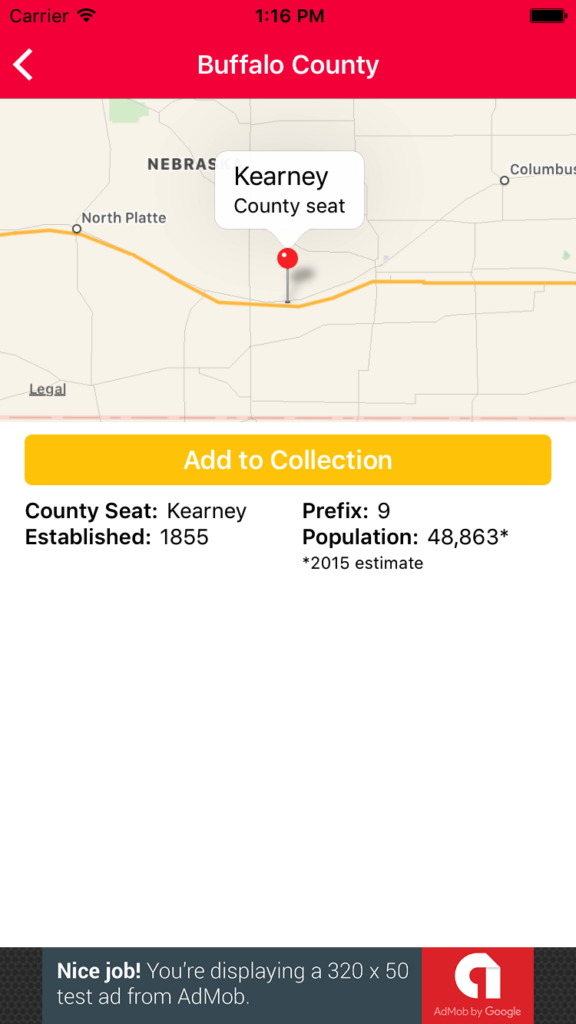 As you can see, the app will be ad-supported as well.

I was going to keep this project under wraps until it was finished, but honestly, I’d much rather share it with you. Some secrets aren’t worth keeping, especially when they might help and inspire other beginning iOS developers to start their own projects!