Last Thursday my shiny new Space Gray MacBook Pro finally arrived at my doorstep and so far, I absolutely love it. This post isn’t about that, though. It’s about setting up a clean install on my Mac for the second time ever.

That’s right, I’ve been transferring files from Mac to Mac ever since I got my first iBook in 2002 or 2003 (can’t remember). As proof, here’s a couple pages from one of the welcome guide PDFs that came with that computer: 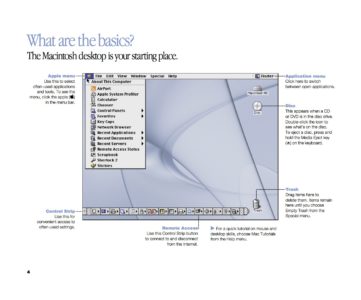 Since that’s the way I’ve always rolled, the first thing I did when I opened my new MacBook Pro was connect my Time Machine backup via an Anker USB hub. The restore went surprisingly quickly, and I set about double-checking that everything was in order.

It was, except for one thing: most apps couldn’t establish a network connection. Dropbox wouldn’t connect and Safari Technology Preview wouldn’t load any websites. I spent several moments in despair, thinking I’d received a defective unit and would have to send it back after waiting for so long. Then I tried switching to regular old Safari and…everything worked fine. For some reason, Safari was the only program that was able to access the Internet. I still don’t know what the problem was, but evidently something went awry during the restore. [Update: Rob Poulter suggested that my recent installation of Little Snitch might have something to do with it, and I think he’s probably right.]

So, I wiped my new Mac clean again, re-installed Sierra and set up a new user for the first time in 13-ish years.

The first thing I did was install my must-have apps and utilities: Dropbox, Homebrew, Xcode, Pages, f.lux, Tweetbot, Textastic, Cyberduck, and Affinity Designer, to name a few. I installed Caffeine only to realize for the first time that it hasn’t been updated in several years and doesn’t even have a Retina-ready menu bar icon. I searched for alternatives and found Amphetamine (Mac App Store link), which is great and gives you a selection of menu bar icons to choose from (I chose the coffee carafe).

Finally it came time to download Photoshop CS6. The download took over an hour on my sad rural internet connection and when I finally ran the installer, it quit with an error every time. So, I got to test out a feature I never thought I’d use: Remote Disc. I found my Photoshop install CD, popped it in my old MacBook, and voila! I was able to install the software. I guess I should have tried that approach first!

The next thing I wanted to do was move my Photos and Music libraries over. I dug into my last Time Machine backup and transferred the 90GB Photos library file to my new Mac. However, when I opened Photos, things got…weird. Only a few thumbnails appeared, and Photos refused to let me switch on iCloud Photo Library without purchasing more space, because it was planning to re-upload everything. I went ahead and upgraded to the next storage tier hoping that Photos would check with the server, realize it didn’t need to re-upload everything, and calm the heck down. I was wrong.

So, I closed the program, trashed the library, and started over. This time I switched on iCloud Photo Library to begin with. All of my thumbnails appeared, and Photos started downloading all 11,000 photos and 200+ videos from the cloud. Although not ideal, this was the better option for me because my download speed can top out at 10Mbps while my upload speed is only 0.73Mbps. As of right now, 6 days later, there are ~2,500 left to download.

Still, I can’t believe Photos forces users to either re-upload everything or re-download everything if they use iCloud Photo Library. (Wait, yes I can. ?) I’ve read that iCloud is supposed to check for duplicates server-side, but I’m skeptical because it definitely seemed like it was trying to upload files.

I never thought that performing a clean install would make much difference to me. However, here’s a short list of things that are so much better now (note: I could have cleaned all of this up on my old machine; I just hadn’t realized how cluttered everything had gotten):

So yeah. If, like me, you’ve never set up a clean user account on a new Mac: I highly recommend it!

One thought on “A Clean Slate”